For our eleventh annual Summer Shakespeare in the Park, the Gazebo Players mounted a production of Antony and Cleopatra. Some of the challenges facing returning director (and co-president) Debbi Finkelstein were cutting the play to a manageable length, presenting a tragedy that was based on actual historical figures, and combining 30+ roles for 17 actors.

For the first time we planned only one weekend each in Medfield (July 28, 29) and Walpole (August 4, 5). However, a plea from nearby Canton resulted in a last minute performance there on August 3. The weather was unpredictable, resulting in 5 performances in 4 different locations including the Medfield Library Gazebo and Montrose School, as well as the encore performance in Canton at the Village Shoppes. Although both Walpole performances were held outdoors at Bird Park, the deluge that occurred during Act 4 of our final performance resulted in changing history – both Antony and Cleopatra lived! 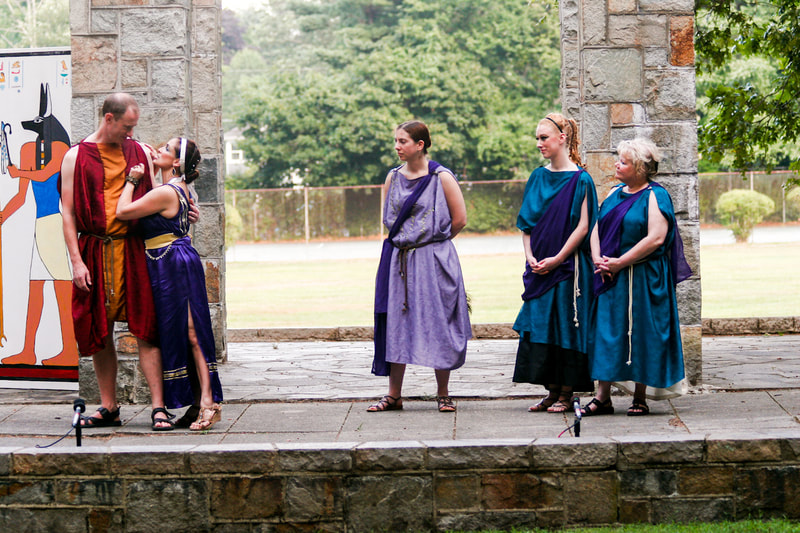 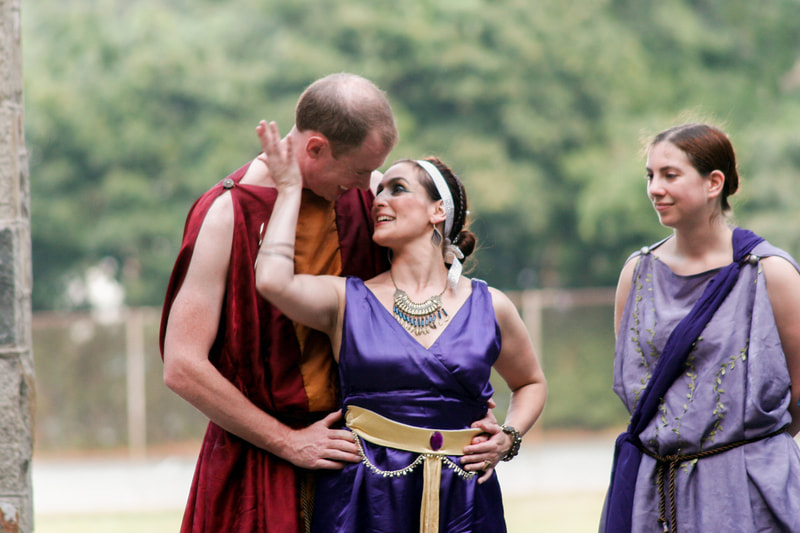 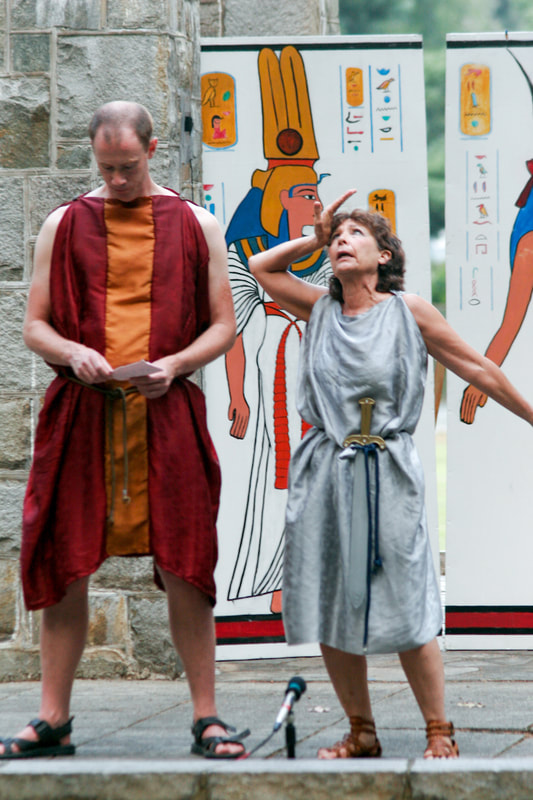 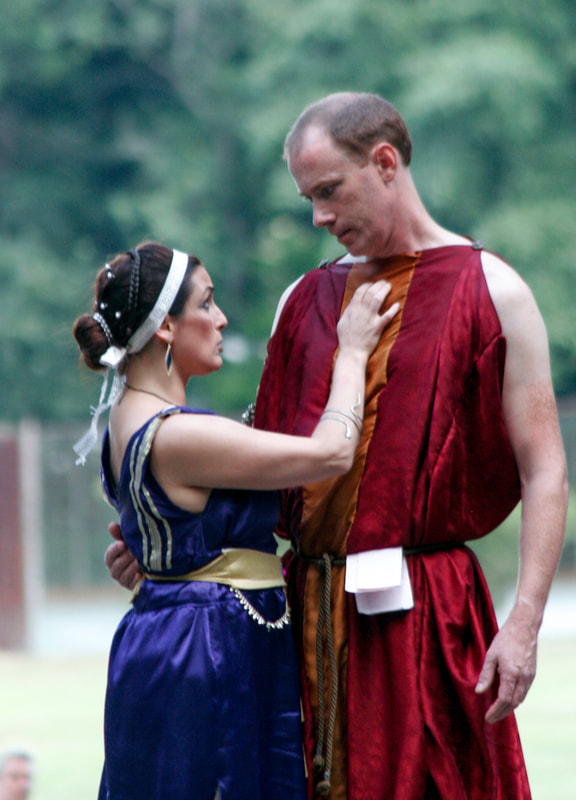 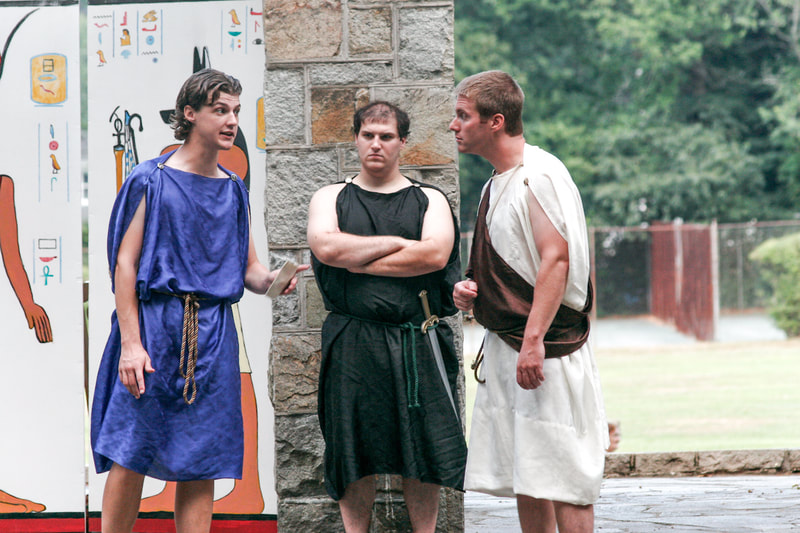 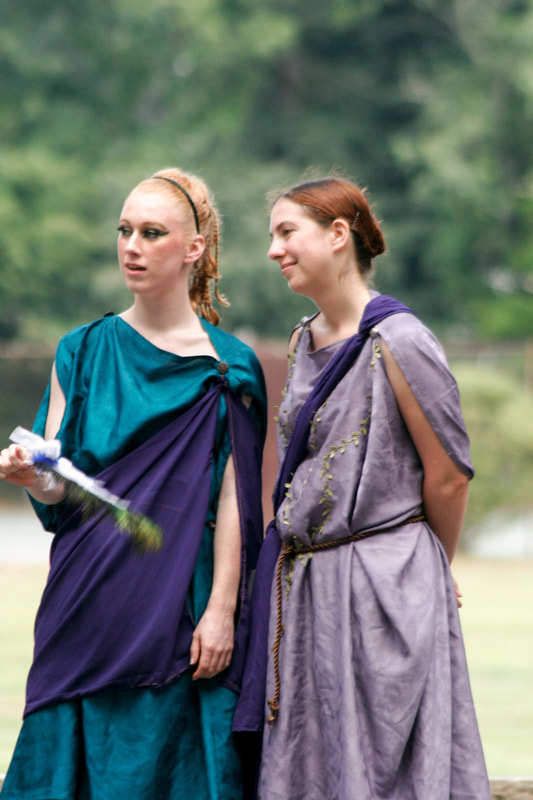 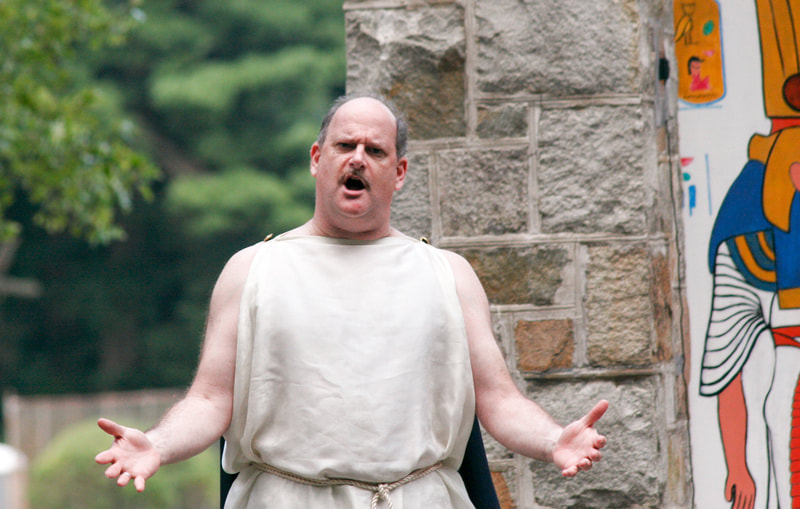 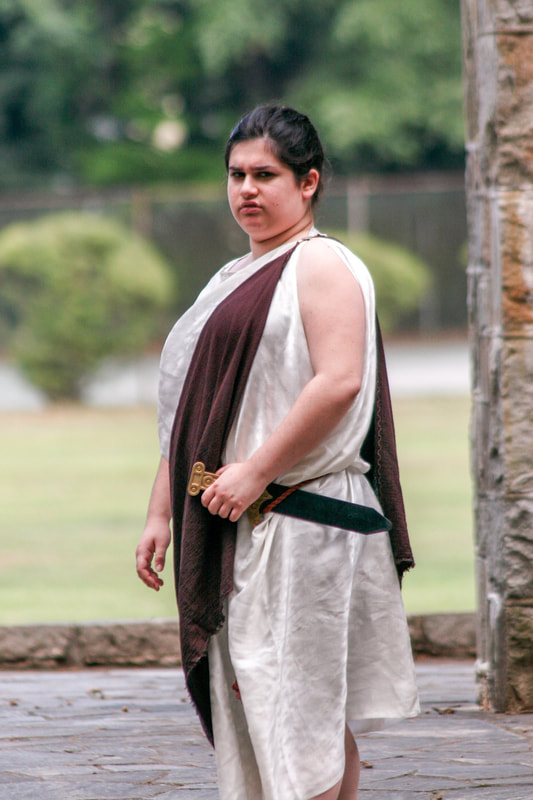 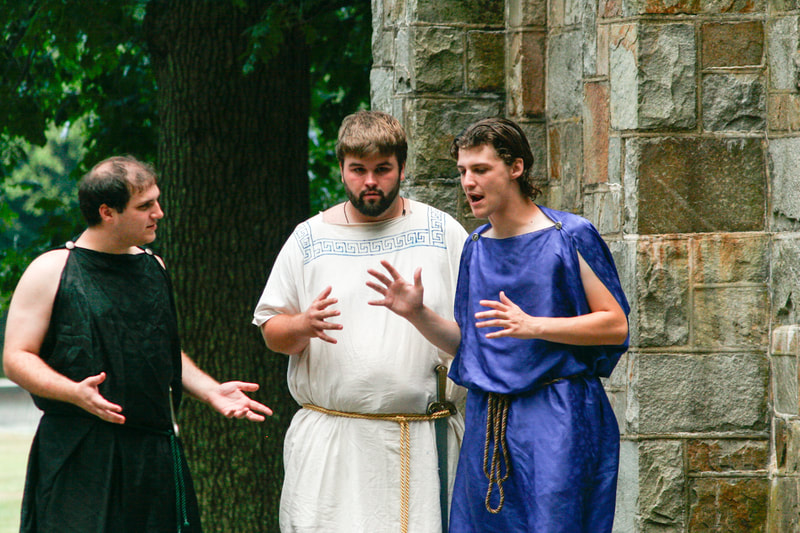 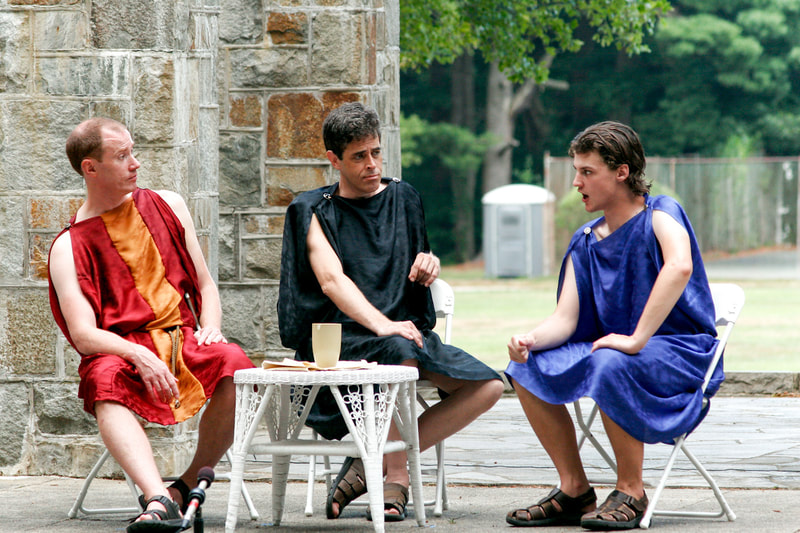 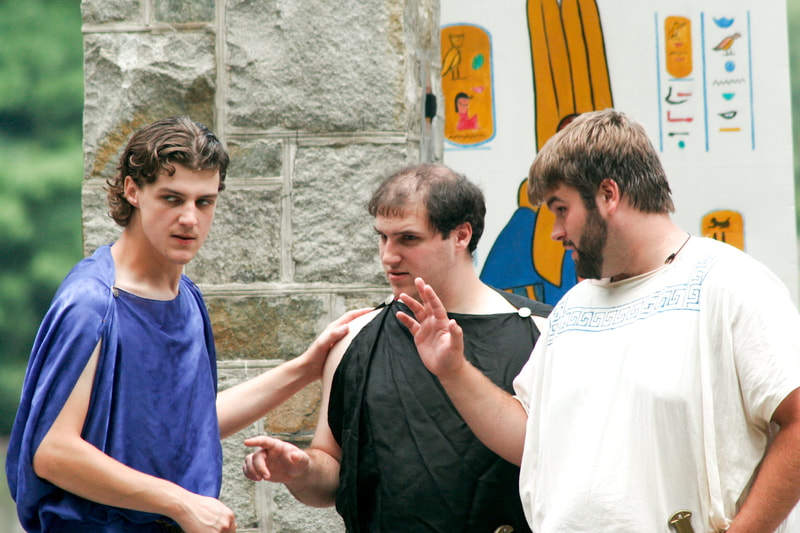 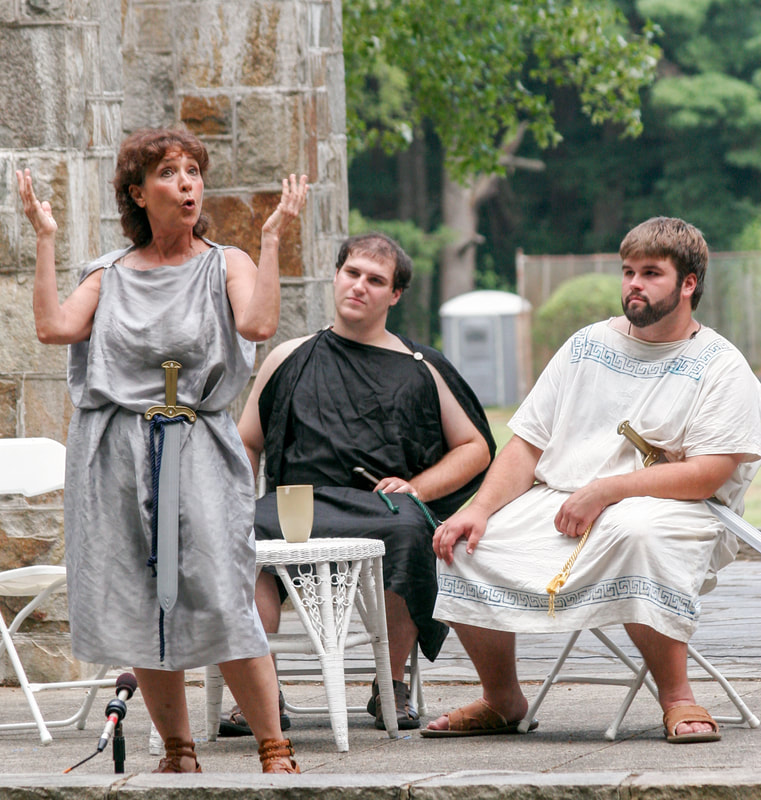 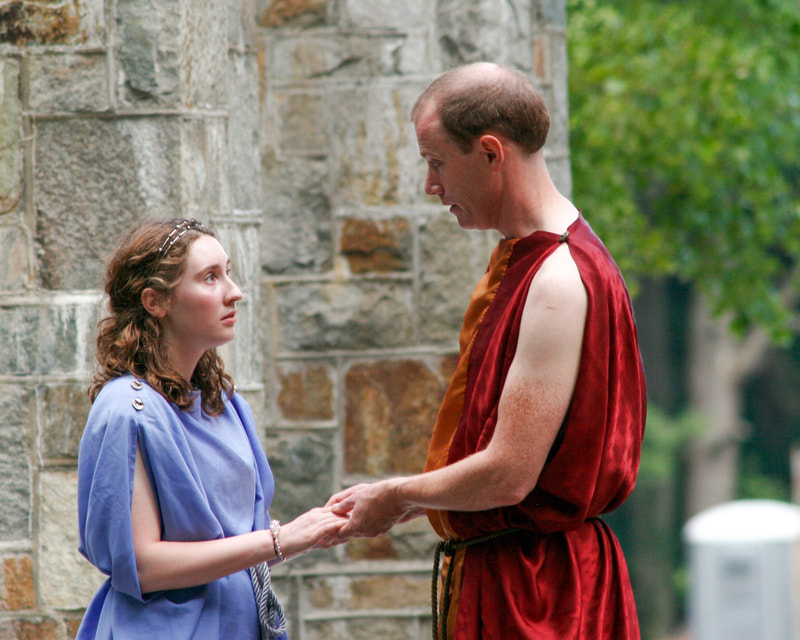 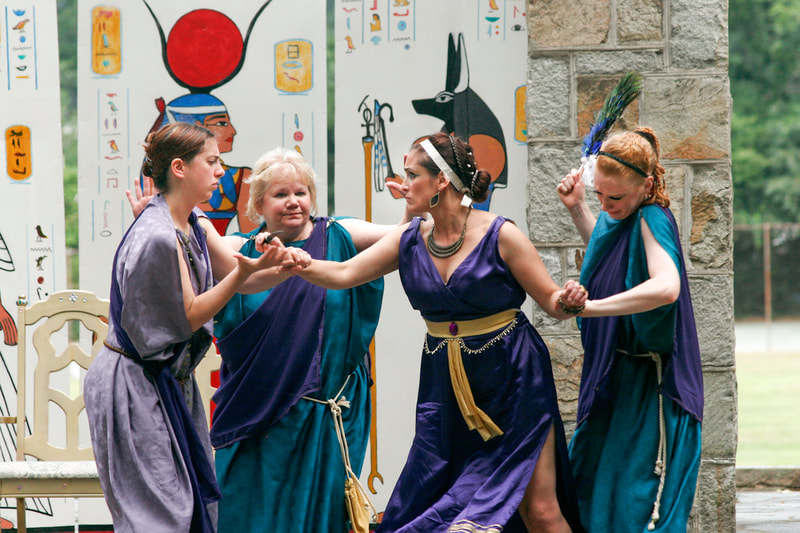 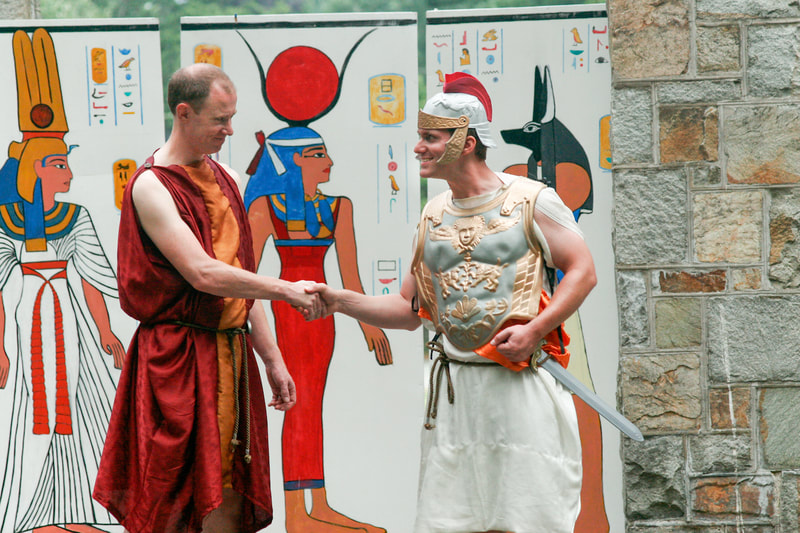 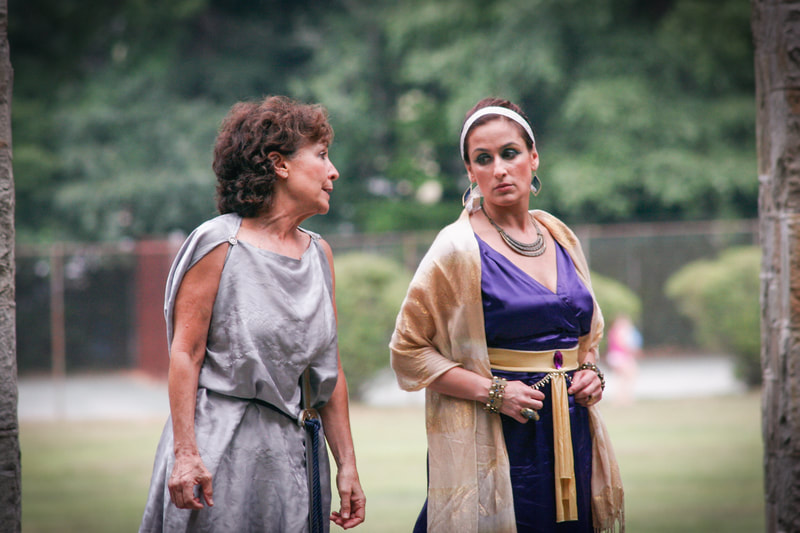 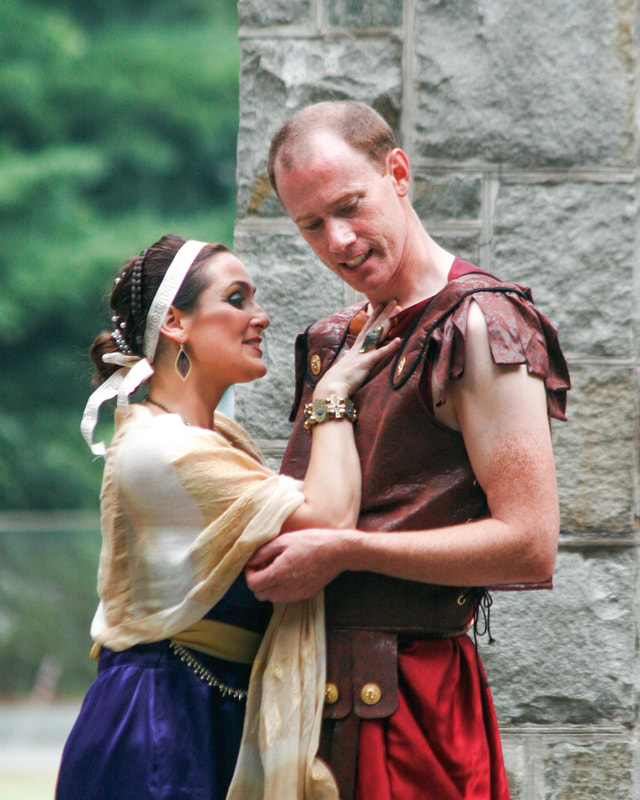 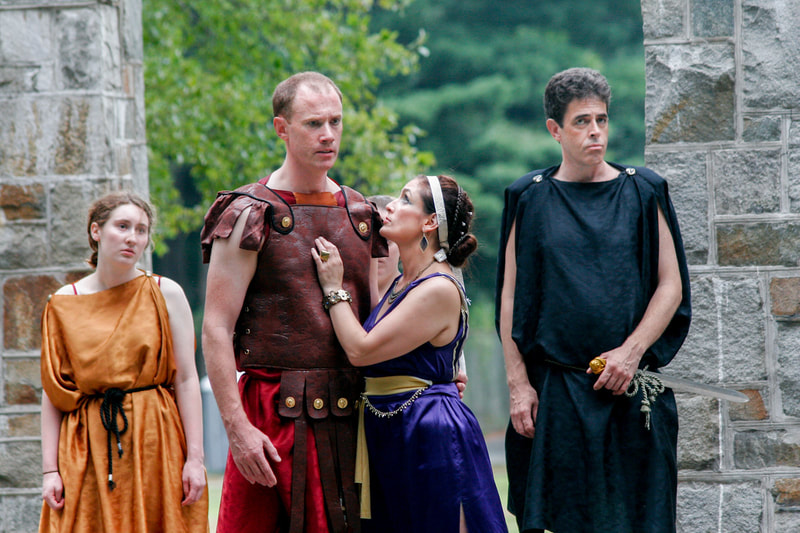 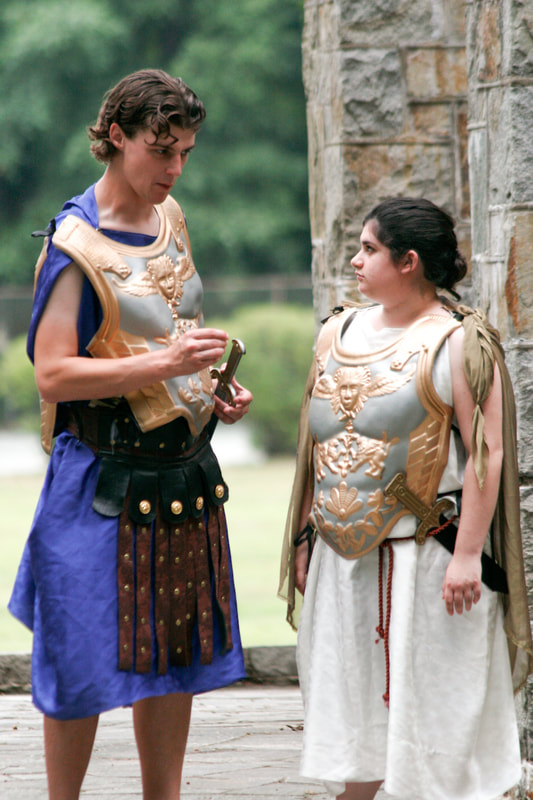 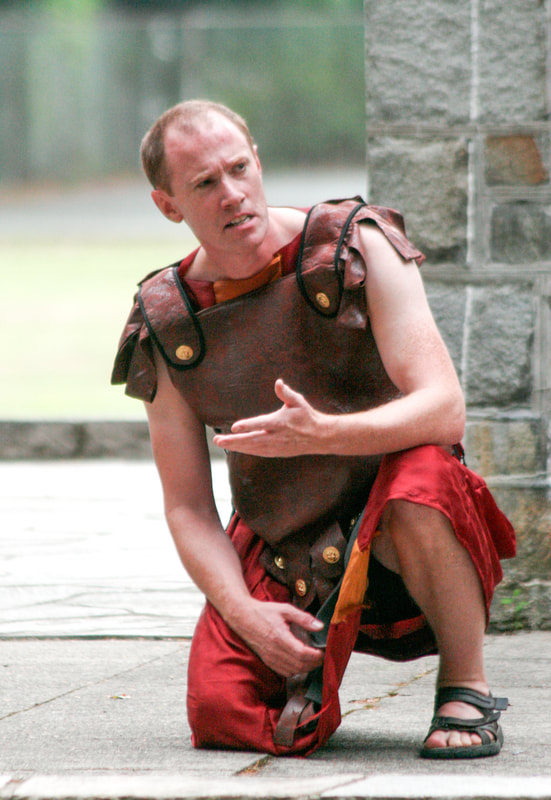 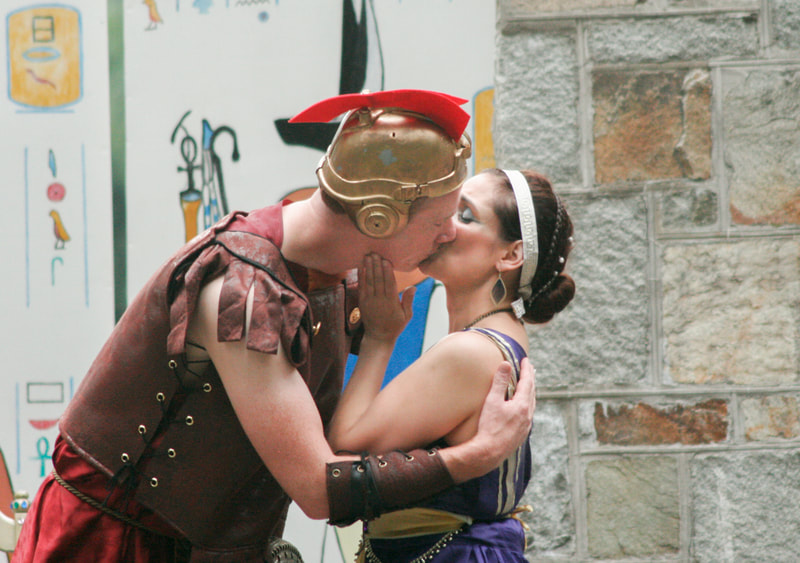